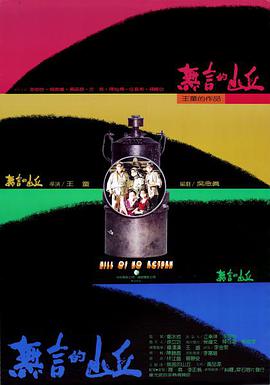 In the 1920's, when Taiwan is Japan's colony, the small town Chiu-Fen was famous of its gold mines. Escaping from the landlord's control, Chu and Wei join the gold rush in Chiu-Fen, hoping that they can be rich and have their own land some day. The are two kinds of women in the small town : hard working housewives and prostitute. The formers are always struggling in poverty. Jou is one of them. People believe that she is doomed to be a widow. She married twice. Both of her husbands are dead. Che falls in love with her anyway. He becomes her third husband in despite of people's warning. Many of the masters of brothels make a future from prostitution business as well as the black market of gold. Wei loves Fumiko, a young prostitute. He decides to buy back her freedom. Unfortunately, Fumiko is infected with V.D., dying. On the other hand, a gold mine tunnel is crashed suddenly, buries a lot of miners. Chu is among them. Jou packs the memorial tablets of her three husbands and leaves the silent mountain.