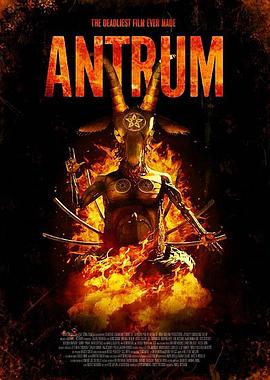 地狱之门：最致命的电影的剧情介绍,Addresses the legend of a film, long thought lost, that resulted in death or injury for the few who saw it. Then reveals that killer film, titled "Antrum," has been found, and shows it.

Refusing to accept that his recently euthanased dog, Maxine, is now burning in the pits of Hell, devastated young Nathan finds himself tormented by constant nightmares and infernal visions. To ease his suffering, Nathan's older sister, Oralee, takes him on a trip to the grim woods to find the fabled spot where Lucifer himself fell to Earth when he was cast out of Heaven, and open a portal to the unknown. Now, bent on rescuing the dead dog's soul, the determined siblings follow the unholy instructions of a genuine grimoire, digging their way through the inner layers of the netherworld. However, as they delve deeper and deeper into the cursed realm, disturbing incidents start to occur, as dark signs tell the unprotected explorers of the supernatural to leave while they still can. Is Oralee's mind playing tricks on her? Have they unearthed, indeed, Hell's unfathomable secrets?