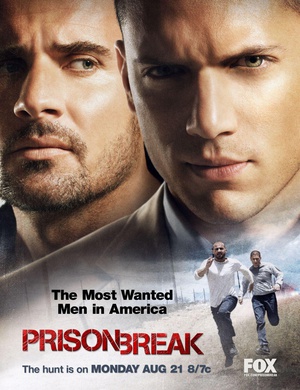 It is the morning after their escape from Fox River, and the inmates narrowly avoid being caught by Bellick as they jump onto a freight train. FBI Special Agent Alex Mahone has been assigned to their case and calls a press conference urging the public to turn in the "Fox River 8." Michael, Lincoln, Abruzzi, C-Note, and Sucre encounter a hunter and his daughter. He holds them at gunpoint until Abruzzi grabs the daughter and forces the hunter to give them his SUV and let them go. The escapees head for a location where Michael has things stored. Agent Mahone tracks Michael's credit card to a storage facility in Oswego, but quickly figures out that one of Michael's tattoos holds the real location. Michael's tattoo "Ripe Chance Woods" is a clue pointing to a cemetery where Michael has items buried in the grave of "E. Chance Woods." Just two steps behind, Agent Mahone arrives at the scene just as the inmates have gathered what they need. In the meantime, T-Bag discovers a veterinary clinic and forces the Vet to re-attach his severed hand. Dr. Sarah Tancredi recovers from her overdose. Inside her purse, she finds an origami swan left for her by Michael with a message, "There's a plan to make all of this right", and a code. The code is a series of numbers which reads 3221243324 for the first line, 4221312231 for the second, and 23133121 for the third. Veronica locates Terrance Steadman in Montana, and finds that the doors are locked from the outside, holding him hostage (albeit willingly). Veronica calls 911, and then talks to Lincoln and tells him what she has learned. Employees of The Company arrive and kill Veronica for having unraveled their plot and for having found Steadman. Lincoln hears Veronica's final words as she dies, and is consumed with grief. Mahone studies Michael's tattoos, and feels that they are the key to finding the escapees.