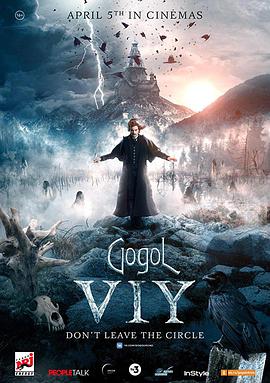 A Russian fantasy sequel to "Gogol: The Beginning (2017). Again, Nikolai Gogol, the leading character from the 2017 film, a young man who suffered unpredictable violent epileptic seizures, but during such seizures he would visualize something mysteriously happen in the dark world. This time, a serial killer has already murdered eleven women around a village, rumors spread by the villagers claiming the killer is a dark horseman. Gogol is ordered to investigate the murder cases, instead of going nowhere to solve it, he's beginning to suffer macabre visions more and more during his investigation, then he suddenly learns the next victim would be his girlfriend, Liza. But he doubts his ability won't stop what's gonna happen. Then he accidentally meet a witch hunter, Khoma Brut, with him they stay in an old church and asking the witch, Ulyana, to call up the evil spirit Viy to help fencing off the coming murder.